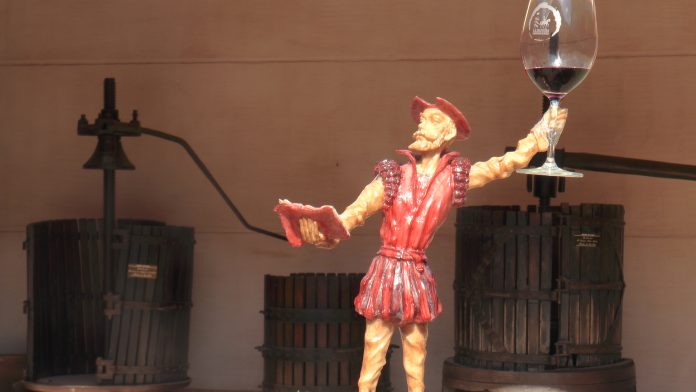 This weekend, the regulatory council of La Mancha (DO La Mancha), has planned a set of activities in the “Círculo de Bellas Artes” to pay tribute to Cervantes and commemorate the 400 Anniversary of his death. These activities will be happening while the continued reading of his immortal novel Don Quixote is taking place.

Not surprisingly, this international event recalling the most important writer of Spanish literature represents a date of special relevance to La Mancha wines. “Honoring Cervantes, who is the author responsible for the shape of our logo as a seal of quality as well as the main reference for Spanish language, is already a source of pride. This year marks the 400th anniversary of his death and it is a very special event. This is the reason why Madrid and the annual event of the reading of Don Quixote at the “Círculo de Bellas Artes” have been chosen” stressed, Angel Ortega, manager of the regulatory council.

24 wineries belonging to the Designation of Origin La Mancha (DO Mancha) will be the first protagonists of April 22nd. They will introduce their wines on a free tasting event (with restricted capacity) together with pairings of traditional Manchego cuisine such as Manchego cheese, Almagro eggplants, etc.

Cervanvino, will count on the Golden Age as main thread, period representing the greatest artistic creativity of Spanish literature and quite often linked with La Mancha wine, as the many quotations found in Don Quixote evidence. This exceptional framework has led the regulatory council to organize a tasting combined with an historical journey through the Golden Age. On April 23rd (session with limited access) attendees will be able to compare the wines that were consumed during the Golden Age with wines from today, focusing on the evolution of their manufacturing methods and quality.

All this, will be further seasoned with theatrical stagings that will count with appearances of famous writers like Lope de Vega, Quevedo or even more universal references such as Dulcinea or Cervantes himself. The ‘cata cervantina’ (Cervantes tasting), has already been tested successfully as experience during last weekend in Toledo. There it was part of the gastronomic events the city of Toledo is developing as gastronomic capital of the year.

It will not be the only incentive for wine lovers who come to the Círculo de Bellas Artes in Madrid. Fun contests, mobile applications and several workshops will allow the assistants to become a ‘master of wine’, including games to differentiate aromas, identify varieties of production and test their tasting skills. Summing up, a full set of recreational activities will make from the Círculo de Bellas Artes a complete festivity around wine.

Wine and culture, once again hand-in-hand hand, as part of the promotional events of DO La Mancha, who returns once again to the capital Madrid, traditional market for Don Quixote wines.