In the face of climate change, the vine is one of the most significant crops for the environmental survival of the La Manhca habitat.

Vines, a widespread crop in Spain

Castilla-La Mancha accounts for a little less than half the total number of vineyards in Spain (about 444,000 hectares in 2018 out of a total of 960,000 across the whole country), with almost 300,000 hectares concentrated in the La Mancha Production Area (around 155,000 of which are registered under the Designation of Origin).

The vineyards cover the countryside in a an array of different colours according to the season. The vines form a green blanket and act as La Mancha’s green lung in an arid landscape whose name is thought to have come from the Arab word “Manxa” or “Al-Mansha”, which means “land without water”.

The importance of vines

Vines provide basic life support for the environment in La Mancha, playing a key role in the region’s guardianship and protection. There are two reasons why they’re so important. Firstly, they’re vital for soil biology and health, preventing desertification. The ground cover provided by the vines and their roots penetrating deep into the earth protect against the devastating run-off effects caused by heavy rain.

Secondly, they contribute towards enriching organic material in the soil (mainly with the crushed offcuts from pruning and fallen shoots) as well as other conservation factors such as the shelter they provide for other plant and animal species in the habitat chain.

In areas like La Mancha with a steppe climate and rainfall that ranges from 300 to 400 mm, vines are one of the few sustainable options in terms of water supply.

The plant is also able to withstand the cold winters and hot summers typical in the interior of the southern peninsular plateau, which has a Mediterranean climate but with a strong continental component due to its distance from the sea.

Full use of the raw material and even the plant itself

Obtained in a process of natural production, the wine industry has various ways of making the most of the vine and its fruit to ensure the grapes are as profitable as possible.

In terms of production capacity, La Mancha has a range of wines that can respond to market demand from all kinds of customers and consumers.

With controlled yields, low average production and with a vocation for quality, belonging to the Designation of Origin and producing wines under this seal of approval is a plus that guarantees a distinctive quality for consumers.

Other uses for grapes

Grapes are also used to obtain other by-products for sale (wine alcohols), which contribute to keeping wastage to a minimum and are handled in treatment plants (cleaning products used in the wineries for hygiene purposes).

Grapes can be used to obtain a wide range of products (quality wines, basic wines, must, grape juice and distilled liquor obtained from grape skins and pomace). 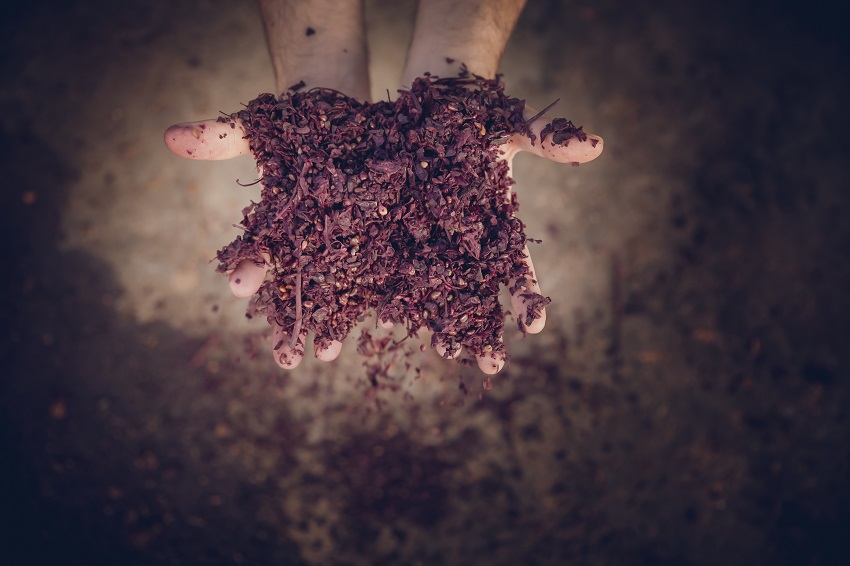 Plus, the leftovers are used for crop fertilizers and sometimes the oil obtained from the pips is used to make creams and other products for the beauty industry. Grape extract is also used in the pharmaceutical industry for its health-giving properties (resveratrol).

Grapes aren’t the only parts of the vine that can be used for all sorts of things. Vines are woody plants and in winter the results of pruning operations can be used as an alternative energy source to fossil fuels.

Vine wood and pruned shoots have been sold in sheaves for centuries for firewood and were even used for domestic heating systems (known as “glorias”) that trace their origins back to the Roman hypocaust. 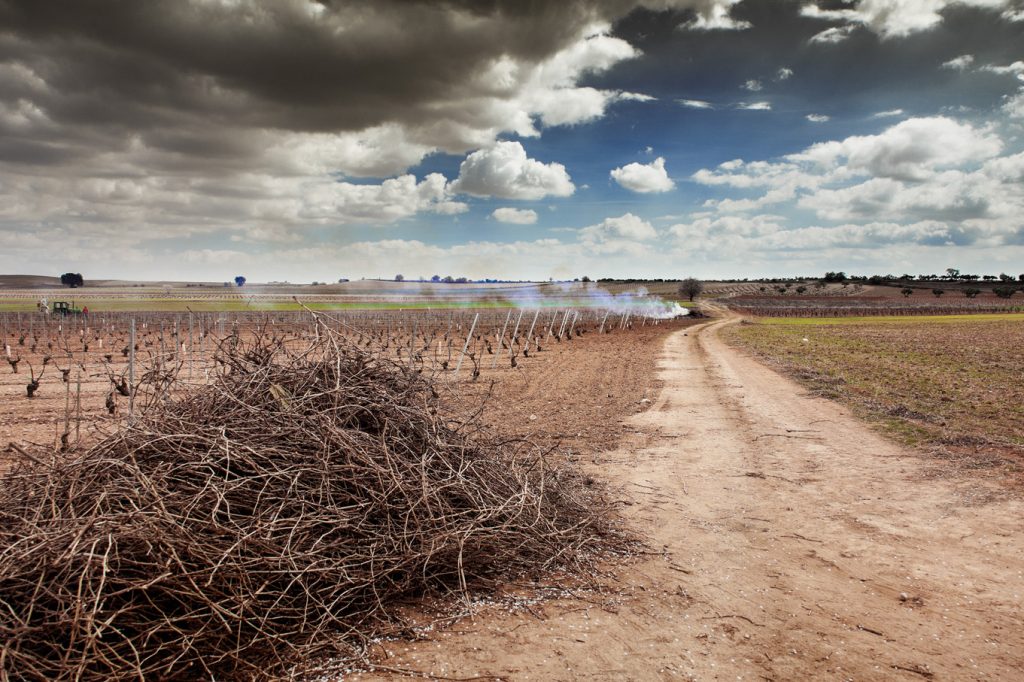 Nowadays they’re more frequently turned into shavings for fuel to be used in boilers fired by pellets, which emit smaller amounts of CO2 and are therefore less contaminating. Sometimes they’re crushed in with the soil in the vineyard and in this case it’s not necessary to burn them.

Together with other essentially Mediterranean crops like olives and grains, vineyards give cultural character to the agricultural landscapes they create, adding heritage and historic value as a distinctive feature of the countryside they have shaped over centuries and generations.

The social and demographic value of vineyards in traditional wine-producing areas such as La Mancha can be seen in the landscape. Here, vines have contributed to keeping population levels steady in the face of the constant and very real threat of depopulation in towns across the interior of Spain.

Wine producing is a great employment generator in regions like Castilla-La Mancha, as vines demand year-round attention (pruning work in winter, for example) unlike other highly seasonal crops. 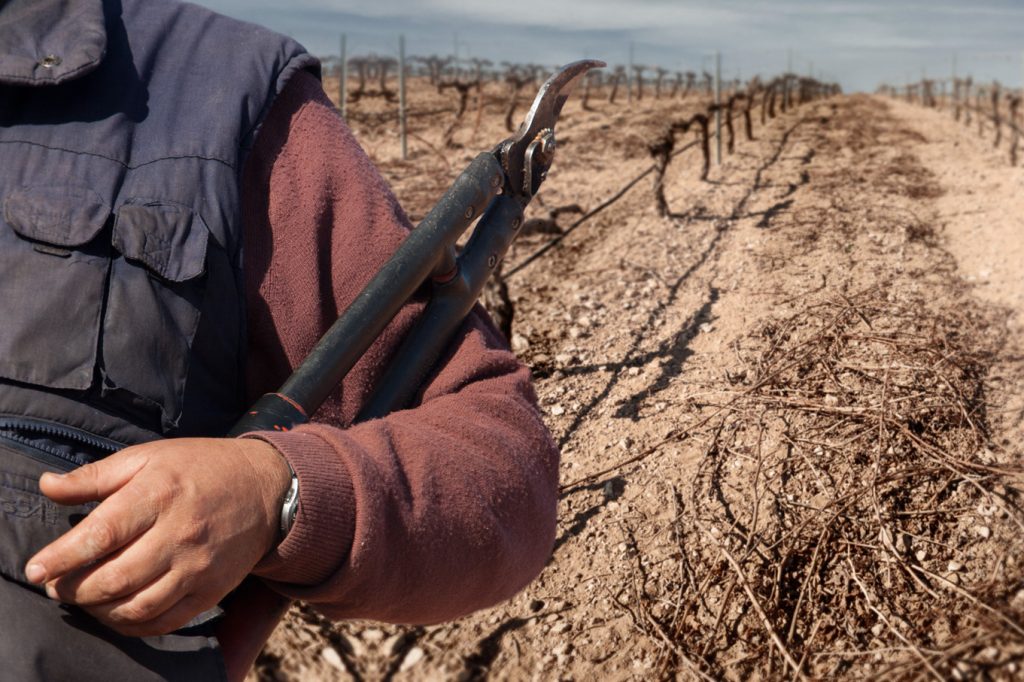 This explains how the towns in the four provinces making up the La Mancha Designation of Origin with the greatest expanse of vineyards all have a population that exceeds 10,000 inhabitants.

This is the case in Villarrobledo, Socuéllamos, Tomelloso and Alcázar de San Juan, as well as in other towns that also have thousands of hectares of vineyards across their municipal catchment areas.

If to all this you add the growing development of the agrofood industry, it’s clear that the future of la Mancha is inextricably linked to that of vines, a historic commitment to sustainability by the people of La Mancha, even before they were aware that this concept existed.

Water, vines and the future in La Mancha

However, to redouble efforts to keep this commitment going, we also need greater awareness, with more limited, sustainable production involving limits like those put in place by the designations of origin, and a strong commitment to quality. For this approach to be successful, wine producers need to see that they can obtain a worthwhile income, so they aren’t tempted to opt for higher production using greater quantities of water.

This should in no way be understood as a move to restrict water, as rational use of this resource is essential for the region’s future development, in a place where drought can be disastrous for crops and the local people need to have a decent quality of life. It’s up to the administrations to ensure that La Mancha’s farmers (who are usually the ones with greater environmental awareness) are able to get the water they need, precisely because their future depends on it.

Faced with the imminent challenges of climate change, which demand a switch to new investment economy models, the wine industry must also adapt.

For example, recycling will become more widespread (glass bottles are ideal for this) and production models will be placing a far greater emphasis on environmental protection.

For example, DO La Mancha has had been authorised to use the Bag in Box format, which is more popular with consumers in northern European markets.

The role of rural areas as alternatives to urban centres and large cities could also be a key factor in the medium and long term future. Reversing the growing depopulation of inland areas and filling up Spain’s empty countryside once again should be a priority goal, and wine producing will also continue to play a leading role in this. 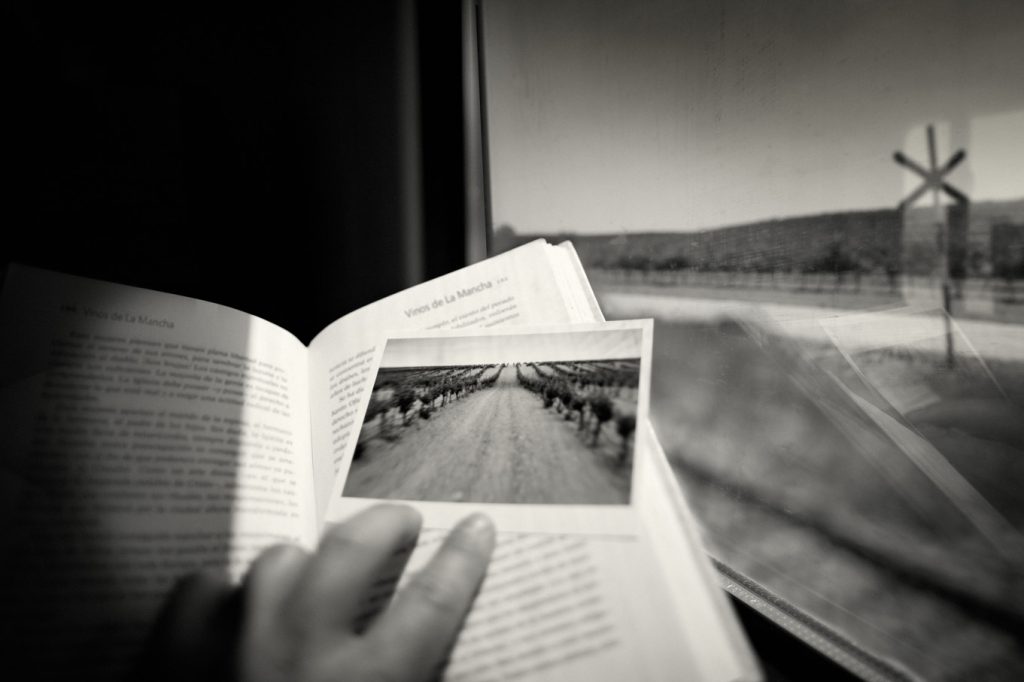 It’s no coincidence that wine is already being seen by some as being a fundamental part of developing synergies for growth in partnership with wine tourism and rural cultural tourism.

This is a new niche opening up for the tourism sector, which is such an important industry for the Spanish economy and one in which La Mancha can be a major employment generator, as well as contributing to promoting the target quality of our wines.

This has prompted the Designation of Origin to promote the La Mancha Wine Route as part of the Wine Routes of Spain tourism product.