The European wine harvest is over and now, in America, we turn our thoughts to another harvest, of sorts—the cornucopia that is Thanksgiving.

Of course, you’ll roll out the traditional recipes and ingredients, with turkey taking pride of place at the table. And along with the family favorites—sweet potatoes, stuffing, cranberries—there will be the standby wines: a Sauvignon Blanc or a Pinot Noir. Nice, but shall we say, a little predictable? Why not mix it up?

Just as you might slip in a flan along side that pumpkin pie, you can easily pop open a bottle from La Mancha that not only complements the turkey and trimmings, but also rachets it up a notch.

This holiday in particular presents a great opportunity to match your tried-and-true dishes with La Mancha. Why? Many of the wineries in the D.O. are family-run, still strong in tradition, so they complement—don’t challenge—what’s on the table.

We’ve tasted three wines that stand up to Thanksgiving’s diversity of flavors—from the tartness of cranberries and the sweetness of yams to the earthy riches of stuffing and root vegetables. And no matter how you trim your turkey, they’ll hold up. So, put away the Pinot and let the pairings begin!

Olimpo Privilegio 2009 has come to our attention as the go-to wine for most everything on the table. A blend of Muscatel, Chardonnay and Sauvignon Blanc, its slightly honeyed nose gives a hint of what’s to come: ripe stone fruit, a little sweet musk (thank the Muscatel for that)—even a little petrol that adds interest and develops some tang in the glass. Any edginess is rounded out by a bit of oak that lets this stand up to the boldest turkey. If you’re tapping into the popular locavore trend with a free-range or locally sourced bird, this wine will level out any gaminess. After dinner, serve it up with the other pride of La Mancha: Machengo cheese and quince.

You’ll also want something that works with sweeter offerings such as candied potatoes, and the sweet/sour mix of cranberries. For this, Casa Antonete Rosado does double, if not triple, duty (it’s obvious with turkey). Made from Tempranillo, Spain’s noble grape, it’s a full-bodied rose with bright acidity that cuts through the most cloying candied dishes. My mother’s sweet potato recipe calls for a healthy splash of orange juice, and less healthy doses of brown sugar and Vermont maple syrup. As delicious and gooey as that is, the heavy sugary-ness made the spuds a meal in itself. I can’t help but think how this berry-bright rose would counterbalance that sweetness. And, for mom’s cranberries, the raspberry-strawberry freshness of the rose makes that a triumphant triumvirate.

There will be people who insist on a red. Lucky you: we have it. We were intrigued by Ojos del Gaudiana, Syrah-Roble 2010, a single-varietal Syrah with tons of woody, earthy layers. This is a young wine made in a new world style, but thanks to oak, it has well-rounded, elegant tannins. Think chestnut and mushroom stuffing, pecan-crusted yams, the crisp turkey drumstick … After it opens in the glass, chocolate and even a little anise linger.

Lana Bortolot is an international wine and spirits writer based in New York. Follow her on Twitter. 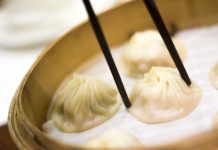 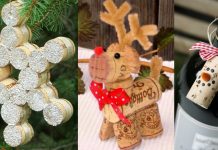