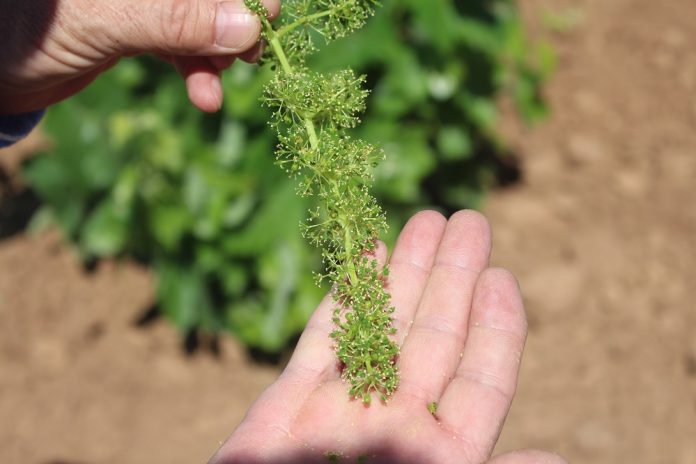 Although precipitation levels presented low levels at the end of the winter, the months of April and May reflected a generous spring recovery in terms of rainfall for the entire production area of La Mancha region. This fact, combined with the warm temperatures characterizing the month of June in the Manchego vineyards, have prevented the development of any type of disease.

“The plant health is perfect. There is a very bright sheet, without any spots and strong branches indicating the good health of the vine” explained, Miguel Casero, farmer and member of the Control Board Designation of Origin La Mancha. Casero admits that the spring months have presented an intense concentration of pollen and during the blooming of the plant, in general, have caused a  greater symmetry in the biological evolution of the different varieties. “If the weather continues being favorable have a quality harvest.” 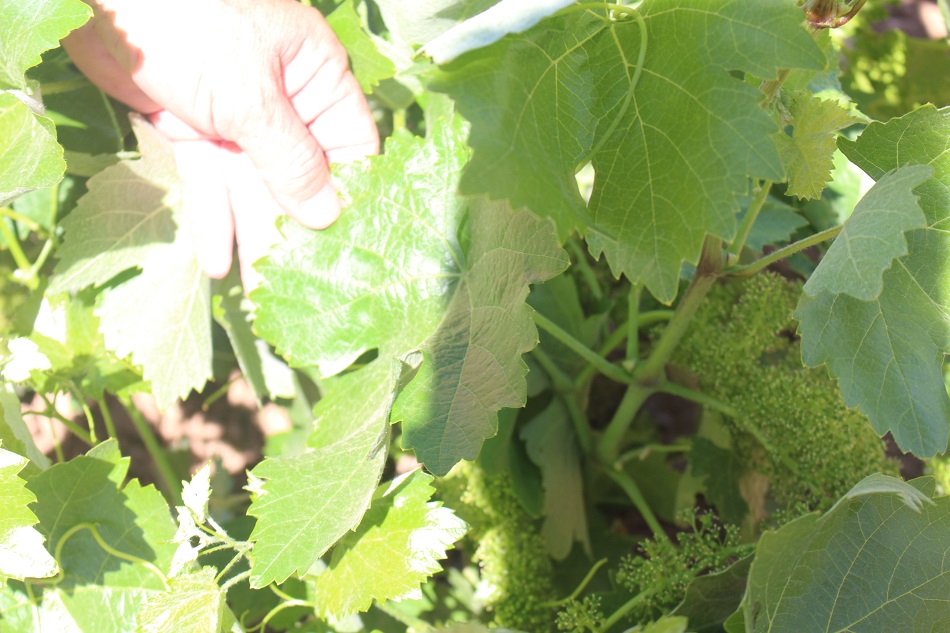 After blooming in the first weeks of June, the plant will start the typical processes of “flowering” or “fruitset” during the summer months, with moderately cool temperatures at night and intense during daytime allowing an adequate and further development of the fruit. This quality and maturation process makes almost non existent the need for further treatment by pests that could be originated by excessive moisture, as it may happen in other latitudes where vineyards are located. This is one of the main reasons that makes La Mancha an ideal area for organic farming. Some winemakers say that this will be a year with an excellent quality and good samples, even though until the “green harvest” takes place, a more accurate quantitative estimation (that could also strongly be influenced by the intensity of the summer drought) will not be possible.

In late summer, about 20 or 30 days before starting the harvest, veraison stage will take place before ripening and then the prize for wine growers will arrive when collecting the fruit, process that will be treated with the maximum care by the wineries and that may lead to great quality wines and very diverse, such as those being now developed in the Designation of Origin La Mancha.