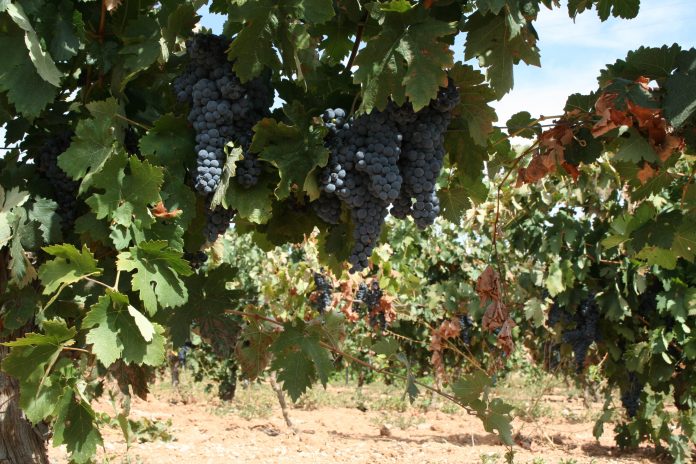 2011 Harvest quality has been extraordinary in the early red and White varieties, such as Airen, one of the dominant grape varieties in the region

Ending the harvest at the beginning of October, an evaluation can be made about the harvest in the four provinces that are within the DO La Mancha area, the vastest wine area, not only in Spain but also in the world.

2011 Harvest can be notable for the high quality of the grapes, fortunately not affected by the rottenness, which could have happened in case of rainfalls during last three weeks.

Furthermore, this year the harvest has been very early; some wineries started on August 9th. This has not happened because of a very warm summer but for an early sprout, though the phases of veraison and ripening were adequate. This is the reason because there is a suitable balance between acidity and sweetness, this last a little higher than other years.

The above mentioned has been considered very positive for the wines of the 2011 campaign. They will have a very intense nose, good structure mouth, achieving very expressive young wines and high quality wines. Although some of the red wine will be kept in store in order to elaborate great crianzas and reservas, that will be in the stores in three or four years.

Regarding the quantity, it has dropped around 15%, but always depending on the province. Ciudad Real output, for example, has dropped around 20-30% because of the mildew. Although, the mildew does not damage the bunch quality, there will slightly less output but the quality will not suffer.