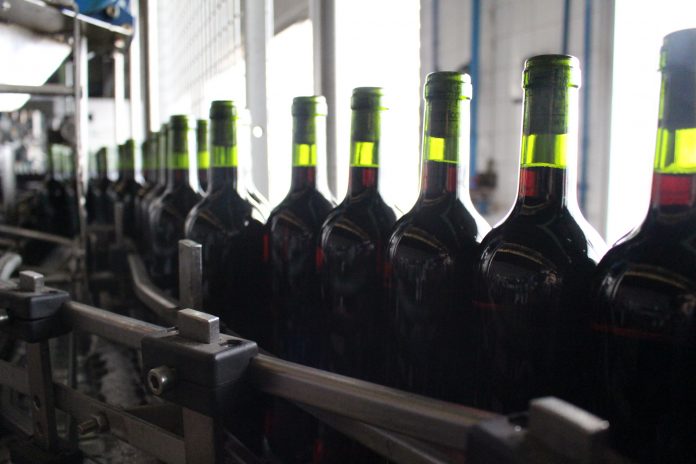 This has been the highest growth experienced by the Designation of Origin la Mancha within one decade. The number of “tirillas” (sealings guarantee dispensed by the Regulatory Council La Mancha) rose up to 17,581,370 in one single year.

Related to exports, the growth was 6.7%, a higher percentage that the average achieved in the previous years, but still a figure that clearly falls below the domestic market overall growth in 2015.

Bottled wines belonging to DO La Mancha were marketed outside Spain experiencing an increment from 19,828,356 bot. in 2014 to 21,255,132 bot. in 2015 figures which confirm the upward progression of the DO La Mancha wines. This export vocation has been directed to more than eighty countries in recent years. Indeed, foreign promotion actions in third countries such as United States or China continue to bear fruit today, making of this last one the leading non-EU consumer of La Mancha wines. During 2015, 4,449,960 bottles were sold in China, representing an improvement of 24% compared with the  3,377,232 bottles of 2014.

Noteworthy is also the recovery of sales in the Anglo-Saxon markets, like United States, one of the commercial objectives of DO La Mancha wineries. The highly competitive and demanding US consumer profile has been reflected in a more moderate but significant growth of 9.8% (about 955,404 bottles in 2015). United Kingdom, however, presents a very significant increase in the exports figures, with 1,461,336 bottles in 2015, a 50% more compared to the previous year (739,020 bottles).

On the other hand, Germany remains the main customer of DO La Mancha wines with 5,921,640 bottles, ahead of any other destinations such as the Netherlands (1,276,980 bottles). It should also be noted the substantial rise of the consumption of DO La Mancha wines in the Baltic countries such as Lithuania with an increase of 47.4% (from 575,928 to 1,213,968 the bottles).

Finally, smaller markets such as Hong Kong or Japan present a soft growth, with 17% (362,844 bottles) and 11.5% (924,612 bottles), respectively. In short, 2015 deserves a very positive assessment. A new commercial roof has been reached and the number of bottled wine units, as well as the evolution of export figures and the promotional activities outside Spain have created the desired impact and the demand in target countries for the Regulatory Board of DO La Mancha such as China or United States has been increased.

La Mancha is, currently, the biggest vineyard of the world

It should also be noted that the declaration of harvest vintage wine which are awaiting to obtain the status of the DO La Mancha in 2015 rose up to 140,590,977 liters, representing a decrease of 7.6% compared to 2014. This could be explained since the harvest was also somewhat lower than in 2014. By wine type, the white wine harvest declared was 51,307,381 liters and in red the amount was of 89,283,596 liters.  In terms of hectares qualifying for the Designation of Origin La Mancha, during the month of March 2016 this number has increased up to 164,553 hectares, which represents a 0.4% less than last year during the same month.  This decrease may be due to the restructuring plans which involve the replacement of old vineyards for new plantations, which of course are enlisted within the DO La Mancha but are not qualified until these vineyards begin to give production.   In any case, the Designation of Origin La Mancha remains with difference, being the area of with the widest registered vineyard extension, not only in Spain, but probably worldwide.