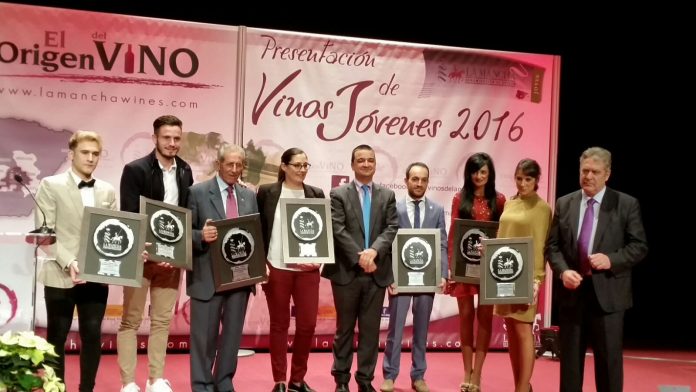 La Mancha Designation of Origin wines held a gala evening to award its Youth Prizes in the Spanish capital. The prizes distinguish the careers and profiles of talented young people in the world of sport, the arts and communication. The ceremony closed the first day of presentations of young wines from the new 2016 vintage to a professional audience at the Círculo de Bellas Artes. “Madrid is a point of contact and a direct reference for La Mancha wineries. A huge effort is being made to place La Mancha wines in pole position”, commented Gregorio Martín-Zarco, Chairman of the Regulatory Board, comparing their progress to the young prize-winners’ professional growth.

One of the first to take to the stage in the Rojas theatre in the Bellas Artes building was the ‘Arts’ prize-winner, Dani Fernández, member of successful boyband Auryn, who recently went their separate ways. Fernández, who was in fact born in Alcázar de San Juan, in Ciudad Real, invited Toni Aguilar, presenter of ‘40 Principales’ radio programme, onto the stage to share the prize sum (around 3,000 euros) with the Cancer Association involved in a joint project to build a paediatric ward in Madrid’s 12 de Octubre Hospital.

Winner of the prize in the ‘Communication’ section was journalist from La Alcarria Lorena García, currently presenter and editor of TV programme ‘Los Informativos de la mañana’ broadcast on Antena 3. García, who admitted “having got to know La Mancha better thanks to its wines and its Regulatory Board” handed over the prize money to Nipace, the association devoted to the fight to improve living conditions for children with cerebral palsy.

For ‘Sport’, the prize was awarded to Atlético Madrid footballer Saúl Ñíguez. The Atlético player dedicated a few words to the memory of the Brazilian footballers killed in the recent air crash on a night he felt was “emotional, in which the loveliest thing is the altruistic uses the prize money is being put to”, in this case, the Elche multiple sclerosis association. 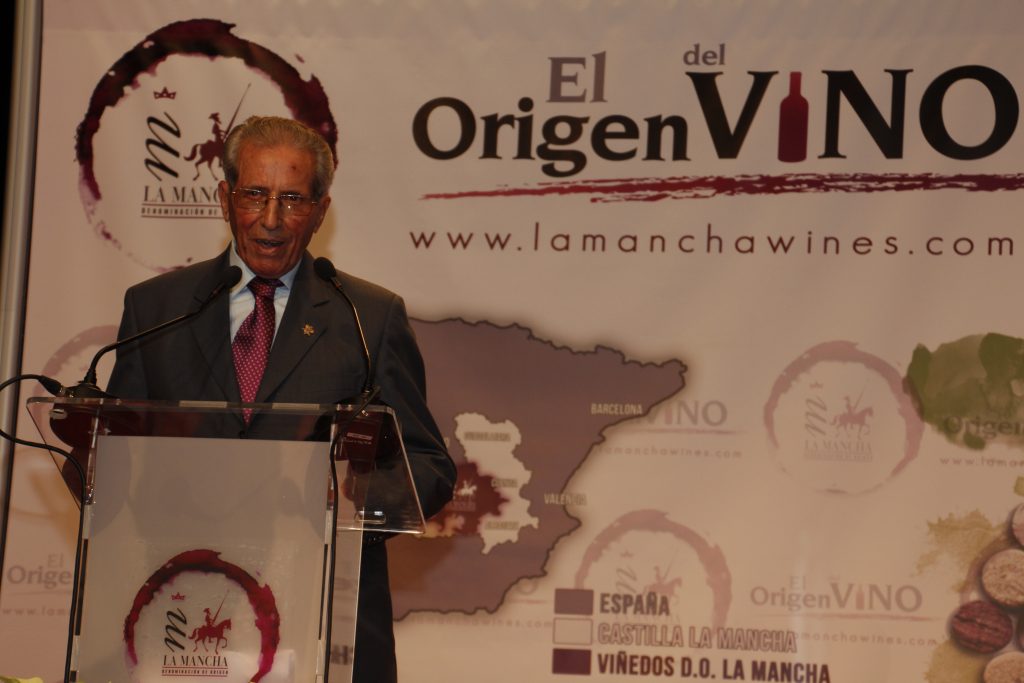 Lastly, the ‘Gran Reserva’ Honorary Prize was awarded to the lifetime career of Toledo-born Federico Martín-Bahamontes. The erstwhile winner of the very first Spanish cycling Tour in 1959 argued for the moderate approach to drinking wine linked with sport. “Wine is healthier than other drinks. Just look at me at eighty, and what’s more, I don’t regret being from La Mancha”, joked the legendary “eagle of Toledo”. The three thousand euro prize money was given to the Toledo branch of the Red Cross. The prize was presented by Francisco Martínez-Arroyo, the Castile La Mancha government Minister of Agriculture, who congratulated the La Mancha Designation of Origin for its consistent example as a quality figure for La Mancha’s wines, “which are well on the way to recovering a natural market like Madrid”.

The prize-giving ceremony put the final touches to the first day of presentations of young wines in Madrid. The ballroom in the Círculo de Bellas Artes building in Madrid opened its doors to the professional public for tastings of new 2016 vintage wines. 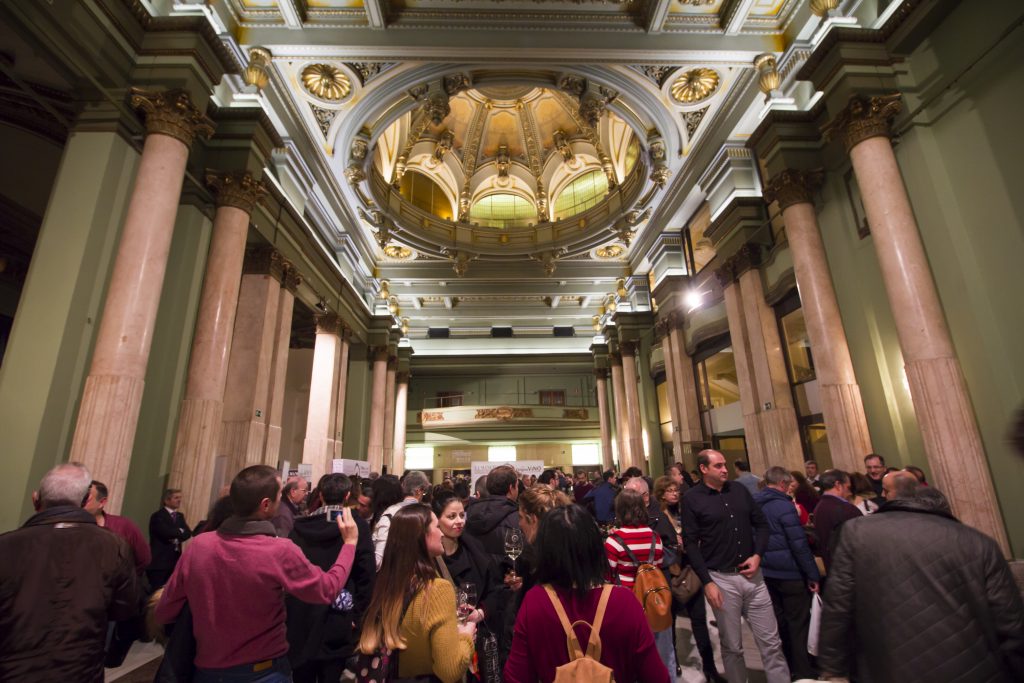