One of the lowest in the 21st century

According to data released by the International Organisation of Vine and Wine (the OIV), world wine production for 2016 is estimated to be 259 million hectolitres, a 5% drop.

In October, the first estimated figures for the current world wine situation were presented by Jean Marie Aurand, Director General of the OIV, and backed up by the Spanish Wine Market Observatory (OeMv).

An initial analysis sheds light on the current panorama of international wine production and continues to place three European countries in the top three positions of the ranking. The list is headed by Italy with 48.8 million HL, followed by France (41.9 HL) and Spain (37.8 HL).

According to the reading made by the OeMv, a striking fact is that 2016 has been one of the lowest production years in recent decades, “marked by a situation of contrasts caused by climate events”. Apparently, the most significant reductions have been seen in Latin American vineyards, with a notable drop in countries like Argentina (8.8 million HL) and Chile (10.1 million HL), compared to Australia and New Zealand, other New World vineyards, with 12.5 million and 3.1 million hectolitres respectively.

Although it is still too early for the OeMv to hazard a guess on world wine consumption, the figures hint at an increase that could be in excess of 239.7 to 246.6 million hectolitres.

In a global context, the figures must be seen from a perspective in which the fall in productivity of leading direct competitors may influence commercial positioning in third markets like China, the United States and the South-East Asian arc. However, domestic clients on the European scene (United Kingdom and Germany, which lead the way in wine exports in terms of value, according to data provided by the OeMv in October 2016) should not be underestimated.

A plausible reality in recent years, precisely in the Spanish market, is the gradual conquest of international markets by Spanish wines, where La Mancha in particular has been making a considerable promotional effort. Exports continue to provide economic life support to a sector that sends more than 30 million hectolitres of wine and musts abroad. 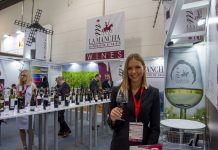 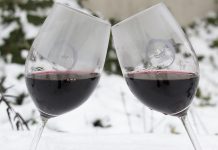