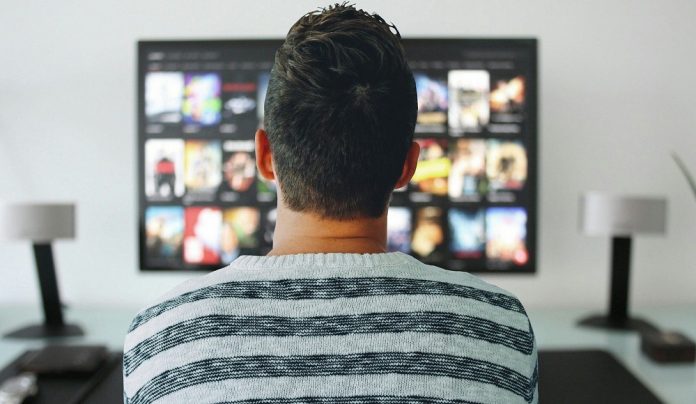 When there is no other choice but to join the #stayathome, there are multiple ways to pass the time and kill boredom.

There are many options: reading, listening to music, enjoying your favorite Manchego wine, chatting with friends … But, above all, there is one that has become a trend in recent years. We are talking about television series, the great leisure phenomenon of our time.

In many of them, the favorite snack of wine lovers is also the protagonist. These hard days we bring you five TV series full of viticulture. Why not to enjoy them with a glass of DO La Mancha?

One last warning: the videos in this article contain spoilers of mentioned series.

The first reference is almost mandatory. Falcon Crest was a success of the 80s in Spain, despite the fact that it came here years behind.

The TV show takes us to California, in one of the most prosperous regions for wine production. There, the Falcon Crest farm is a disputed land between the heirs of the Italian Gioberti family. At the same time, they are facing against other family, the Agretti, for the control of another nearby farm.

Despite its extensive duration of 9 seasons (more than 200 episodes), it is a myth for wine lovers. So, what better way to enjoy your favorite drink than with a revival this fall?

For many people, the Mafia network of Tony Soprano has no equal. Not only in fiction, but also in reality: it is considered one of the best series in history. The Sopranos take us to the deepest part of the psyche of this Italian capo.

A capo who, by the way, loves wine. And not just any wine, precisely because Tony Soprano also uses it as a symbol of distinction. Glasses to overflow are a constant in the series, but sometimes he not only uses them to satisfy the palate.

One of the greatest TV series so far this century. Acclaimed by critics, Mad Men offers us a trip to an advertising agency from the 60s and the life of its director, Don Draper. A reflection of the New York business life of such period.

The protagonists live surrounded by high-alcohol drinks -usually whiskey-, but there is a character who gets outside of the box. We are talking about Betty Draper, a true wine lover.

Her role and her way of savoring wine offer us a strong contrast with the rest of this TV show, with a life away from the busy rhythm of the city. A fact that she to uses to reflect while tasting her favorite glass.

Its fame is somewhat smaller, but not its quality. Downtown Abbey shows us the aristocratic environment of Great Britain in the early 20th century. And yes, we are also jealous when we see feasts sprinkled with the best wines.

Back then, this country hardly consumed wine, since it was only affordable for wealthy pockets. This is no problem for the Crowley family, who, to show opulence, serve the best bottles to their guests.

The end of Game of Thrones has left all kinds of feelings among his fans. What is indisputable of this show, a true mass phenomenon, is that it has made history in television. Furthermore, the disputes in the Seven Kingdoms have been well paired with wine.

“Everything is better with some wine in the belly”, celebrates Tyrion Lannister, one of the most acclaimed characters. His family, loved and hated equally, is undoubtedly the greatest lover of viticulture.

Of course, as in Los Soprano, the use of wine in Poniente does not always have the best intentions.

The popularity of the wine makes it present, in one way or another, in numerous series, such as the familiar Big Bang Theory. What is the aspect of the wine that you like to see the most in series?

And, of course, what do you think is the best TV show to pair with DO La Mancha wines?