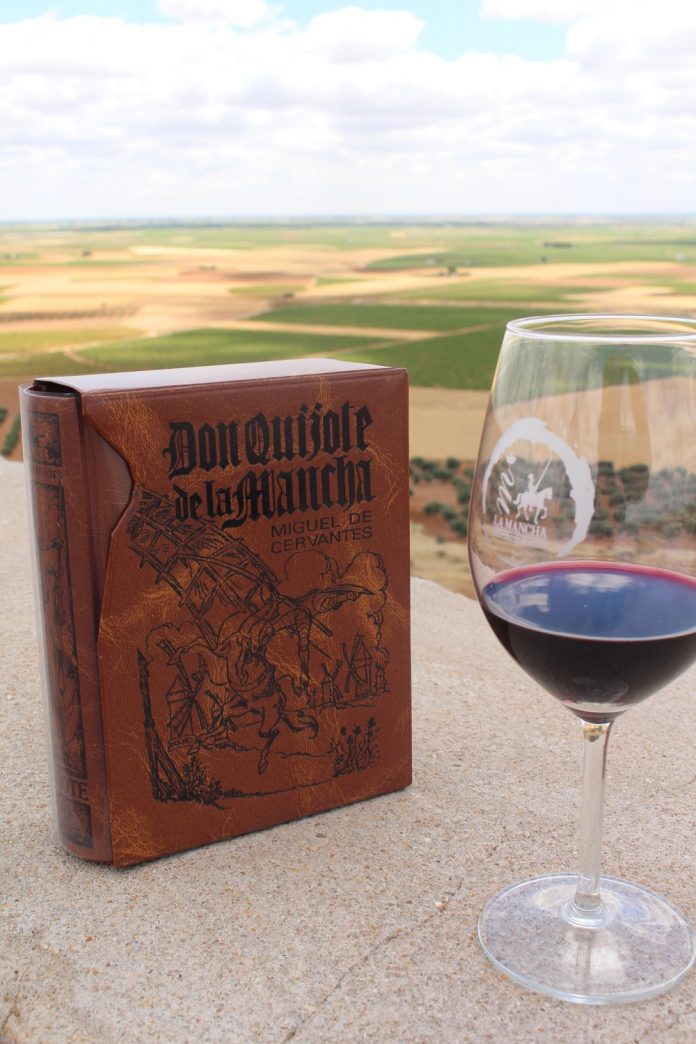 We propose a trip from the senses and the intellect to the palate with the pairing of five books for five wines to break the monotony at home.

It can be more interesting to immerse yourself in reading with the company of your favorite wine. Because literature and wine have been connected over time, with appearances of our favorite wines in numerous literary works, many of them with a particularly relevant role.

But wine does not have to share the pages of a book only from within the stories told, it can also do so from the palate of the reader.

This can be a pleasant combination of hobbies with infinite variables, but we would like to make our own selection. Fortunately, literary and oenophile tastes are purely subjective.

The Little Prince with a Young wine

Do not be alarmed. Although it is considered a children’s classic, the truth is that this mythical text written by Antoine de Saint-Exupéry is not just for children, as it deals with deep existential themes. Surely you read it during your childhood, so it can be a good way to remember this stage of your life.

To enjoy what is surely one of the most famous tales in history, we recommend young wines that, taken in the same year of their harvest, will make you to enjoy the aroma in all its splendor while you rediscover this book. Its freshness in the mouth, with graceful and fruity touches are a complement to the tenderness that its pages radiate.

One hundred years of solitude with a  Traditional wine

The masterpiece of Gabriel García Márquez deserves a restful reading to analyze each of the ins and outs that accompany this incredible story, mainly responsible for its author winning the Nobel Prize for Literature in 1982. Some people choose to enjoy this classic of the Latin American literature next to paper and pencil to trace the diagrams that summarize the familiar intricacies of the innumerable characters of the novel.

The wine that accompanies the well-cared lines of the Colombian should also be restful, so we suggest that before opening the cover, you uncork a bottle of traditional wine, whose miscegenation will make you enjoy like no other the magical realism latent in ‘One Hundred Years of Solitude’.

The Pillars of the Earth: Aged in oak barrels

To talk about Ken Follet means to talk about one of the writers with highest sales of the current literature, being a paradigm of contemporary literature focused on the general public. We owe Follet the credit for introducing the readers to the passions and efforts of the rough Middle Ages with the Pillars of the Earth. 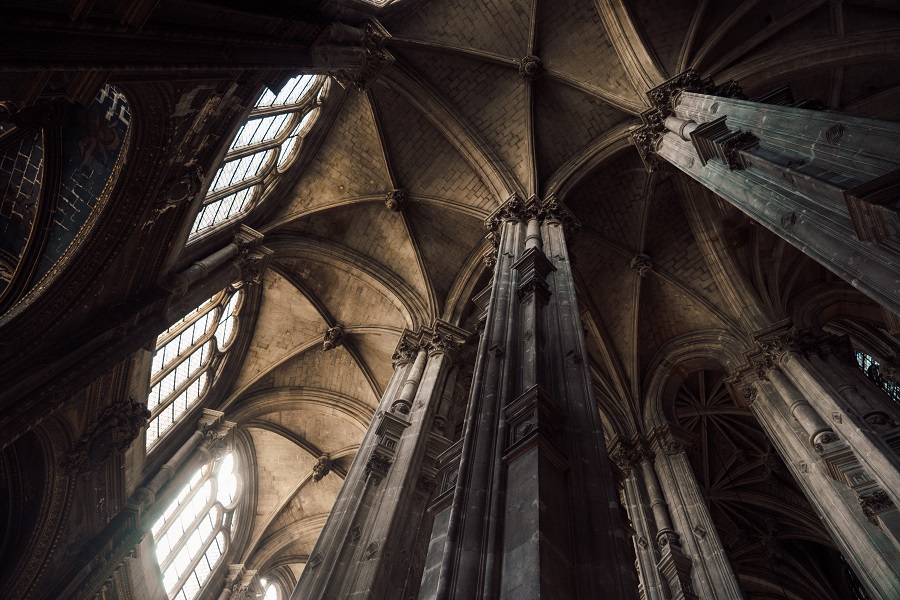 Its extensive length and the character of a historical novel deserves a wine aged in barrels; whose oak reminiscences will accompany you during the hours that Follet will keep you without taking your eyes off. The reds aged in barrels, which are very much demand by the general public, are reds that show light and subtle touches of wood without hiding the aromas of red fruit, both seducing today’s consumer.

The slight months of aging in wood also help to round out the wine, “taming” the tannic hardness that usually accompanies young wines. An option, not insignificant, is also to uncork a young red wine that has rested for some time in bottle (well preserved). Its enjoyment may resemble the pleasure of rereading novels like The Pillars of the Earth

Published in 2016, we have opted for the last of the books, which completes the saga dedicated to Trajan, but we could have perfectly chosen any other of the collection written by Santiago Posteguillo.

Since it came to the bookstores in 2008, Africanus, the son of the consul with a masterful trilogy about Scipio and the Punic wars between Carthage versus Rome, the writer from Valencia has become a reference for lovers of historical novels set in Ancient Rome.

Years ago, the magazine ‘Consejo Abierto’ interviewed Posteguillo and chatted about the culture of wine in the classical world. His martial characters find a glass of wine as a normal everyday gesture. As a tribute to Roman tastes and their offerings to Bacchus, we propose a sweet-tasting wine, for instance, a Muscatel for those sweet-toothed.

We could not end without mentioning the most important work of the Spanish literature, being, after the Holy Bible, the most printed book in the whole world. The last of the chivalric novels came to light in 1605 (its first part) marking a turning point into the genre.

Throughout the centuries, rivers of ink have been spilled interpreting the genius of Cervantes, capable of enthusing the universal reader with the psychological duality of his characters: Sancho and Quixote, realism versus idealism; reason versus dementia; pragmatism against chimera … there is no better wine than a red Reserva, if possible Tempranillo variety, the native grape in La Mancha. 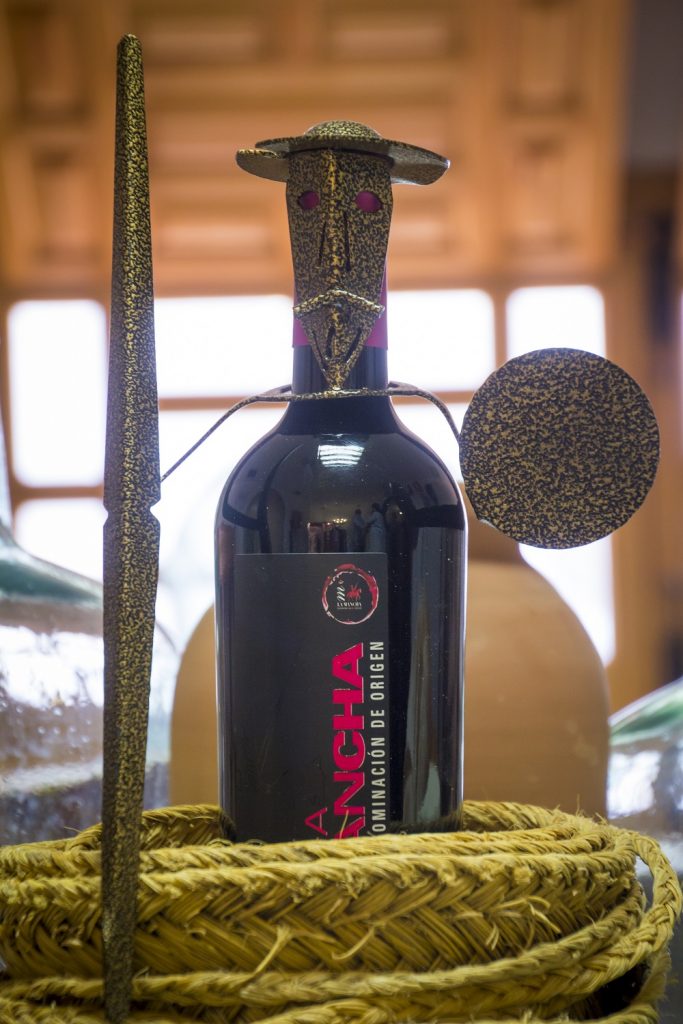 Its reposeful uncorked, (better still it is decanted) will allow its enjoyment as the minutes passes on the glass, as the book is “oxygenated” with the adventures and misadventures of our hidalgo gentleman through the plain land of La Mancha, which make us smile with pleasure and enjoy, like the tertiary aromas of red Reserva and the powerful structure of its passage through the mouth.