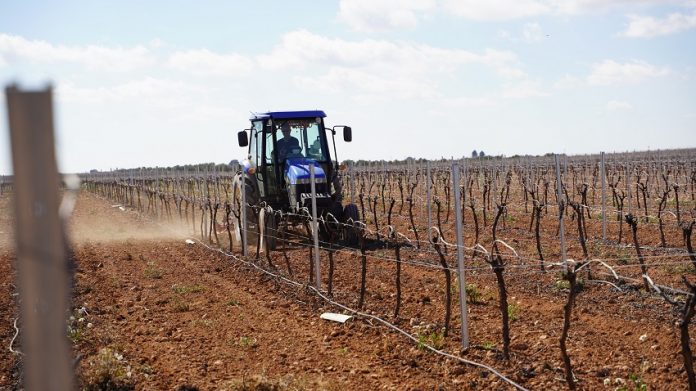 When is to plow the vineyard necessary? Why should the tillage be done over the superficial layer of soil? How does the soil itself determine the tillage tasks?

We answer these and other questions in this article to learn about the seasonal importance of soil tillage on the vine.

Assisted by Bonifacio Rubio, a winegrower from Alameda de Cervera (Ciudad Real) registered in the Regulatory Council, we will know closely an important daily task for the vineyard soil health.

We are in front of a wire-trained vineyard. The bush vine is the most common planting system for older plots, but in this case, it is a Macabeo white variety (the second most widespread white variety in DO La Mancha with 6,512 Ha), very well adapted to the La Mancha vineyard over the last few decades.

In winter: pruning, compost and tillage

While the vine still sleeps in the biological lethargy, the land rests fertilized and grateful, and the pruning work has already cut off those relevant branches, it is then when the winegrower performs the work of tillage.

It is during the winter period when the vine rests in its cycle, when the farmer approaches softly the plant.

At the end of February, unstable by nature, the days are more staggered and mercury begins to rise. The sunny moments are pleasant while the dry northwest wind, called Cierzo, betrays in the shade. In inland areas such as La Mancha, the thermal amplitude is remarkable in these weeks with almost a 20 °C difference between maximum and minimum.

It is time to monitor the biological activity of the vine. “There are several tasks during the year. More in irrigated than in dry vineyards. Some of them are maintenance tasks and the most important are performed during the coldest months.”

How should the vineyard be plowed?

“They should always be superficial grooves”, which means not exceeding 20 or 30 centimeters, otherwise “you would end up killing the root of the plant”.

“If you want to end a vineyard, plow deep”, this saying is even better understood in areas like La Mancha, where Bonifacio Rubio remarks, “you have to be careful plowing. The land of La Mancha has shallow soil and therefore the roots of the plant do not have to be uprooted”, which supply the primary nutrient.

A weed, pure and simple, is a wild plant that has grown on cultivated land without being sown. Its presence indicates humidity but it also implies a natural competition for water resources, which in the medium term could harm the normal development of the fruit of the vine.

The debate is open among those who are detractors and defenders when it comes to eradicating weeds, although as Bonifacio acknowledges, “there are no universal truths in viticulture. The vine is influenced by other factors such as time, temperature, humidity… and what may be good for one, may not be so much for others”.

What if we leave the organic cloak?

In viticultural practices with ecological respect, where the intervention of herbicides is strictly prohibited, there are people who choose to maintain a controlled cloak or vegetable ground cover.

Those who defend a controlled plant presence, affirm having benefits such as reduction in soil erosion during strong rains, a more balanced microbial life and organic composition of the soils, as well as a better oxygenation of it.

On the contrary, keeping the uncontrolled growth of weeds avoids the competition for nutrients and water resources, which are not abundant in areas like La Mancha.

Be that as it may, the truth is that farming has been substantially transformed in the course of the last century. There is no doubt that the incorporation of technology with the agricultural machinery has contributed to develop a more modern, efficient and yield-intensive viticulture. 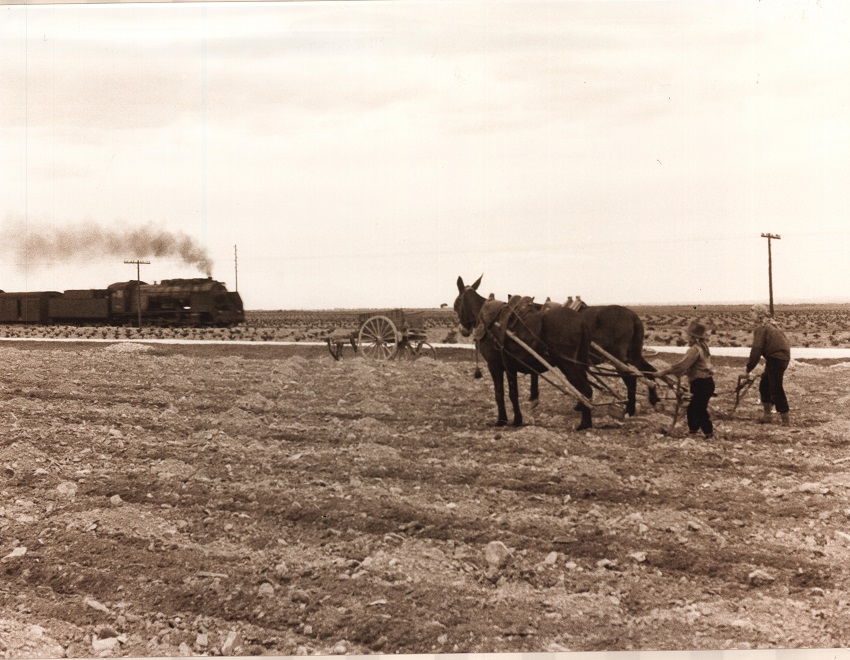 Long gone are those stamps of a mule helping to plow the field in those tillage tasks from the beginning of the century.